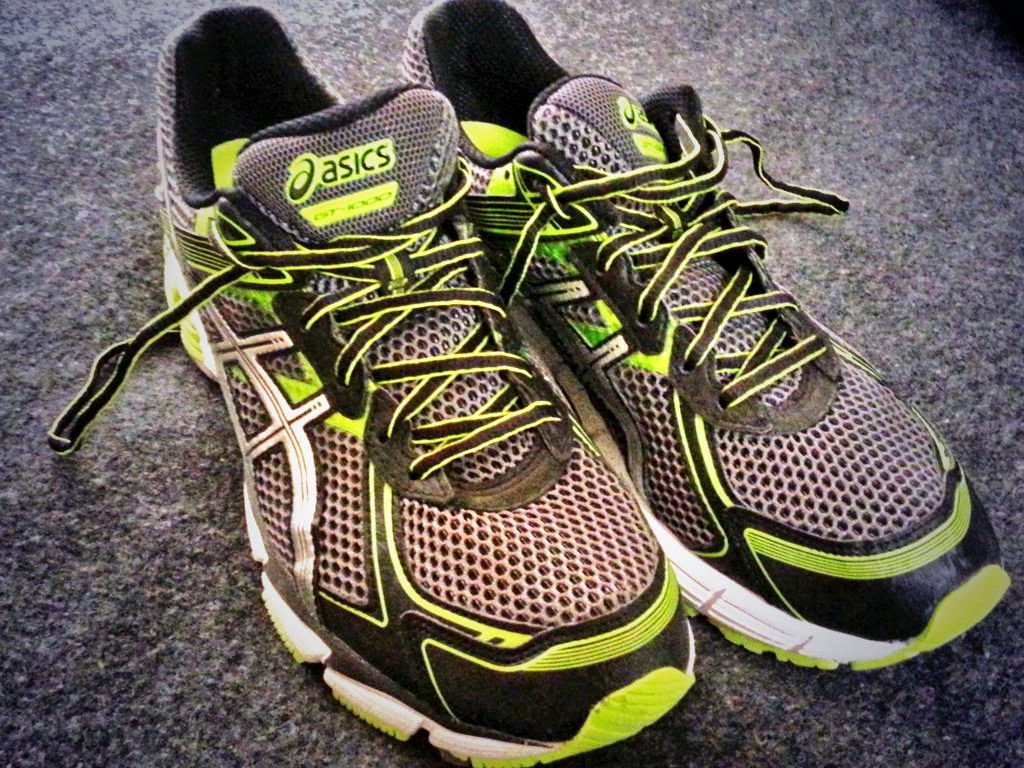 My history with running shoes is rather boring. I found a pair of shoes I liked and now I don't buy any other shoe to run in. Okay, that's not entirely true, because they stopped making that line of shoes I constantly bought over and over. So I had to do some research to find out what was the next closest thing. It's also not true because this year I have finally really began trail running (with some regrets I haven't done more trail races before this point). And have one pair of trail running shoes which do, in fact, make a big difference running trails.

I found these shoes for an incredible deal on amazon that I couldn't pass up. And on top of the great deal I was surprised with an extra 5 bucks off when I checked out that I wasn't expecting so it was a mega deal for me. I don't know, but I don't think that this deal is available anymore. Part of the deal might have been connected to the color because this color sucks.

I ended up getting 3 pairs of these shoes and use them for road running which constitutes most my miles.

I have read before, but question whether or not a person needs to switch shoes daily to allow for the other pair(s) to recover from the run the previous day(s). I've read in one or more places that the gel or the stuff in the soles takes time to get back to where it was and that time is greater than 24 hours (I guess). At any rate, if you run with 1 pair or 2 pairs, or 3 pairs of shoes you'll probably still average the same number of miles per shoe before replacing.

These shoes are appropriate for me who runs with a neutral stride. They are very comfortable for roads and occasional gravel surfaces and have served me well from 18 degrees fahrenheit to 80 degrees fahrenheit. I have ran in last years version in over 100 degrees and I expect this model to do just as well.

Runners are spoiled for choice when it comes to running shoes. For years I have successfully avoided other shoes because this line of shoes has been so faithful. I feel that I'm a fast runner and haven't suffered from any injuries as a result of my shoes which is why I haven't felt the need to change to a different brand or model.
Posted by bigdrop at 14:51