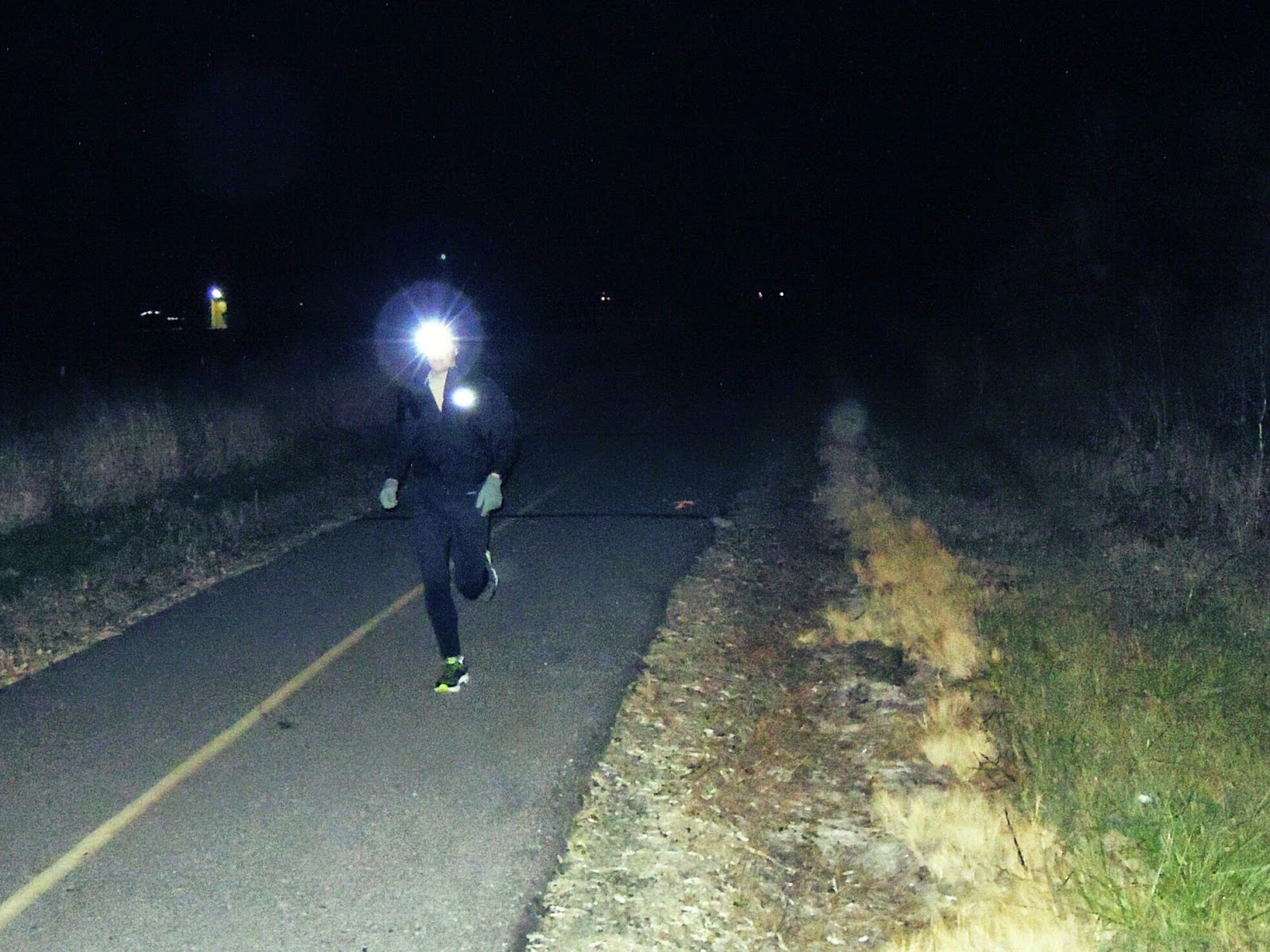 How did I run that much while still maintaining a Family and a full time job?

Run early and get used to it. That's how. At least, that's how my year started. I got up most mornings before anyone else and laced up and left with the intent of getting home about the same time that everyone else was just getting up.

Be prepared. Another thing is get ready for the next mornings' run the night before. I put my running junk in the bathroom where I can easily access it and change. This way I'm not fumbling around in the dark trying not to wake up my spouse and wasting precious time getting out of the door. Being prepared shortens the time from wake up to first step and this is important.

Have a plan. In 2013 I had a plan to run 2000k miles as well. Well, not so much of a plan as a goal. The problem revealed itself soon after finishing the St George Marathon in October. Since I hadn't kept strict tabs on my progress there were many more miles remaining once I did the math - and I did the math much later than I should have. I was hoping to have enough miles logged so that I could coast out the rest of the year on about 25-30 miles a week. It was much more. It was in the high 30s. This actually made me kind of depressed because I didn't want to run that much in the cold of the winter. However, I persevered and every week I exceeded the average I needed to make my goal and the average miles per week required eventually dropped and I kept running. So this year, I ran a lot and watch the miles go up and up. I kept a spreadsheet where I enter in my total miles for the year and it gives me how many miles are remaining and how many I need to run per week to make the goal and I checked it often to make sure I was on track.

Of course, to run this much conditioning has to be a part of it as well. I've been running about 7 miles 6 days a week and it can take a lot of training to get to that level without injury. I have spend years running only 3-4 times a week before taking the leap to running 6 times a week.

Keeping things in perspective is also important, too. 2000 is just a number and it's a rather arbitrary number as well. What's more important is the capabilities that the running gives your or enhances.  Once abilities are increased benefits can be reaped in the form of better health, better performance on race day and being more able to handle the various situations that running can throw at you.

Specifically for me I'm looking forward to 2015 and expecting a great year of running. Finishing my first 50 mile race and going for a sub-3 hour marathon are two of my goals and reaching and exceeding my annual miles goal will help me be prepared to make these things happen.
Posted by bigdrop at 20:49