I ran the Moab Winter Sun 10k race last week. It wasn't my fastest time but there were several things that I enjoyed very much about the race.

First, the race itself: I had a brother who had run the race the previous year and the weather was pretty bad. By the end there was wet snow and it was cold. This year, the weather was much better. The race started on time and the course was great. It wasn't a boring straight flat line and it wasn't filled with any crazy hills. It was a good combination of the two. The course was easy to follow. While there was only one aid station on the course it was well stocked and placed. I wasn't bothered by the course being open to traffic either. It really was quite excellent. 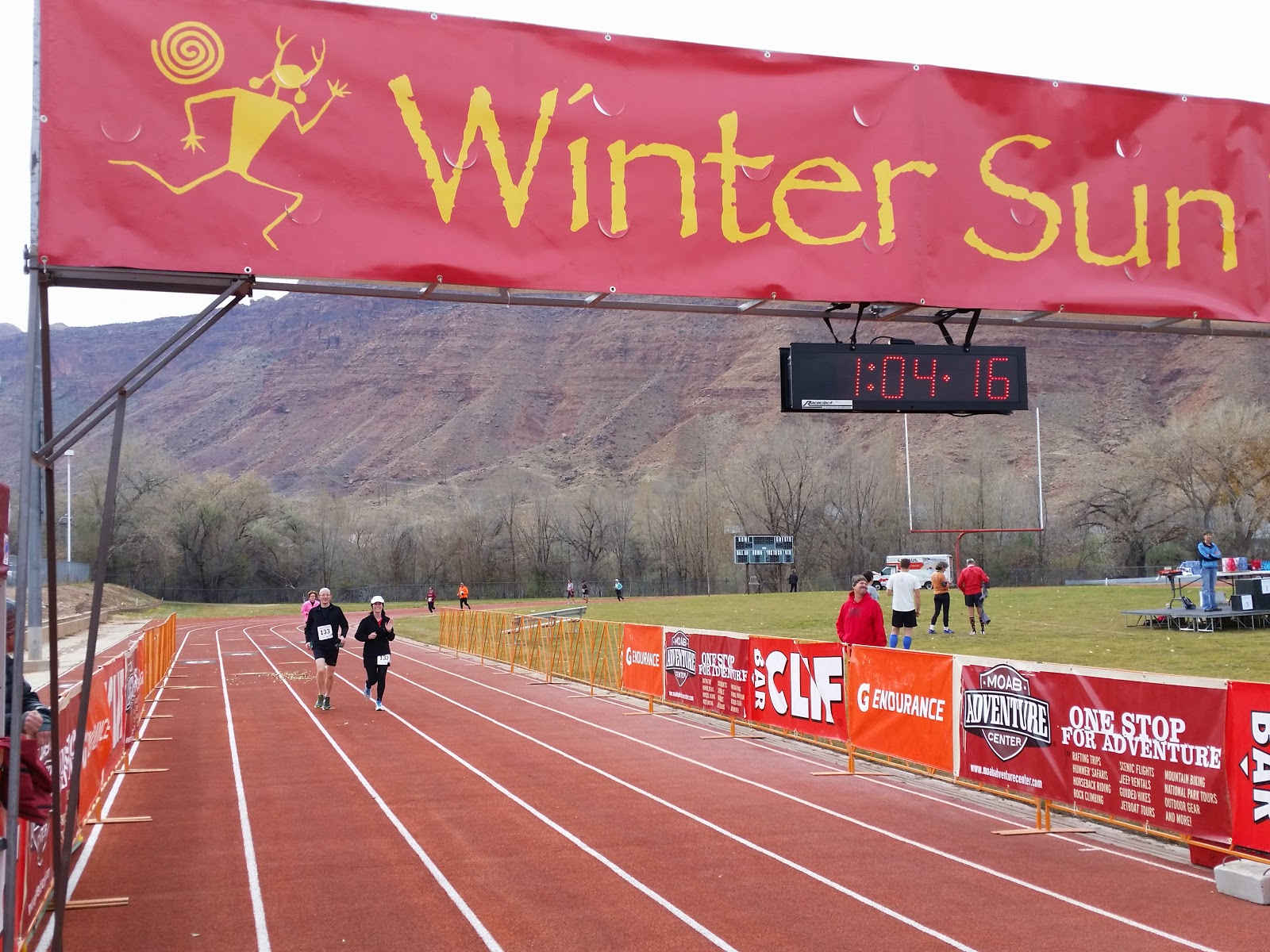 The bib pickup was certainly one of the best that I've ever been too. I really don't like being forced to go to an 'expo' only to get a bag full of ads and a bunch of other stuff I don't want or need. The hometown feeling of this 10k was apparent when we went to the local high school to get our bibs. There was no fuss about the process. We found our numbers and went and picked up up our bag with shirts and numbers inside. We picked out a hat and we left. There was no crazy exposure to a bunch of booths of people selling stuff and the bag had one ad in it with a free sample. I would prefer zero, but one is way better than 50.

The shuttles to the start were excellent and I had no problem parking or finding the shuttles to the start. The starting area at the golf course was pretty good but it was mostly good because the weather had cooperated. If it had been any more incremental then we would have been cold and miserable once the free hot chocolate was gone. I was happy to see them using eco friendly cups and had trash cans intended for them. It's always nice to have a race that doesn't want to create too much waste.

The finish area was pretty good. The had chutes that forced the finishers to line up and hand over their bib tags so they could be recorded in order (there was no electronic timing). The nutrition available at the finish line was pretty standard. Chips, drinks, bananas, chocolate milk. My favorite part was the peanut butter and jelly sandwiches cut in to quarters and in a big container open for every one to grab and take as they desired (For someone uptight this would probably be considered very, very unsanitary, but I didn't care).

Most everything about this race was just as I would have liked it. Maybe an additional aid station would have been nice and a few more porta potties at the start. Also there was no medals for finishers. I found this strange, but I don't need an extra medal lying around. But overall I loved the easy and hassle free bib pick up, relatively small crowd (about 400 runners), great course and well done finish line area. Who knows, I just may do it again next year...
Posted by bigdrop at 17:06